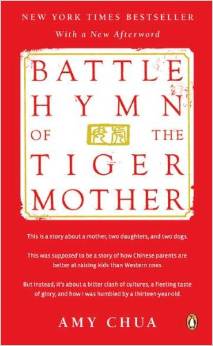 I will never be a full, genuine Tiger Mother because I’m not Chinese, like Amy Chua who is the author of Battle Hymn of the Tiger Mother. My dear husband knows how to balance me out when I bare my savage teeth. And I’ll never have the time or energy to sit with my kids while they practice for three hours each and every day. But I relate to Amy Chua’s struggles as the mother of two young musicians. A previous blog post touched on this briefly and provided fodder for the Tiger Mothers out there. This post will examine Chua’s book and my feelings about it more deeply.

Battle Hymn of the Tiger Mother by Amy Chua should be on everyone’s book club list. Since its publication in 2011, Battle Hymn has received so much press that the term “Tiger Mother” is part of our lexicon. Among my friends, there seems to be two polarized camps: people who resonate with Amy Chua’s story and those who think she is a terrible parent. I think many people are missing the parts of this book that are meant to be read as tongue-in-cheek and self-parody.

I find the book to be an honest, often self-deprecating, look at a style of parenting that seems to contradict a lot of the popular parenting books. Top parenting books with titles like Peaceful Parent, Happy Kids: How to Stop Yelling and Start Connecting and The 5 Love Languages of Children seem to suggest that the only way to be a good parent is to offer unconditional love and use soothing tones. But there is a rising volume of voices that suggest this kind of parenting leads to narcissistic kids who don’t become productive, happy members of society. Jean Twenge’s books The Narcissism Epidemic: Living in the Age of Entitlement and Generation Me are in the latter category.

On her website, the self-described Tiger Mother, Amy Chua writes

“My book has been controversial. Many people have misunderstood it. If I could push a magic button and choose either happiness or success for my children, I’d choose happiness in a second. But I don’t think it’s as simple as that; it can be a tough world out there, and true self-esteem has to be earned.”

Battle Hymn of the Tiger Mother is about Amy Chua’s struggles as a Chinese mother raising two “Chinese-Jewish-American” daughters. The older girl plays piano and the younger is a violinist. Amy Chua and I share some rules: practice is top priority, get good grades in school, be kind and respectful. When I read that Sophia and Lulu practice even when on vacation (Chua calls around to find a piano in the city they are visiting,) I was inspired. That’s a great idea!

Like the author, I don’t like sleepovers (or not-sleeping-overs) because the children turn into zombies for the next couple of days. However, I my husband and I don’t prohibit sleepovers. Amy Chua never let the gils have sleepovers while they were young, though she does allow them now. Our family is considered unusual in our small town because the kids each play one season of club sports. (No travel teams or year-round activities like most of their friends.) But the author’s girls are not allowed to play any sports at all.

Despite the strict rules, Amy Chua’s love for her children comes shining through. She wants the best for her children and she’s highly invested, in time and money, in their success, even hiring people to sit with her girls when they practice. I’d like to note that Amy Chua’s girls do not like to practice their instruments (nor do my kids, as I admit in the blog post “Parenting and Practicing.”) In Chua’s book, we read about her often resorting to screaming, threats, and bribes. I think it’s very brave of her to write about the times that she lost control or pushed too hard. It happens to everyone, but not everyone admits it… or writes about it with brutal honesty.

Amy Chua does not hold herself up as a shining example of the ideal parent. She simply says that this is one way of parenting. Western parents would be wise to examine their own decisions through a different cultural lens. Interestingly, Chua’s husband is also an author and has been thrown into that parenting spotlight with his wife.  I’m fascinated to follow Amy Chua’s story into the future. Everyone is wondering when Sophia and Lulu will write their memoirs. 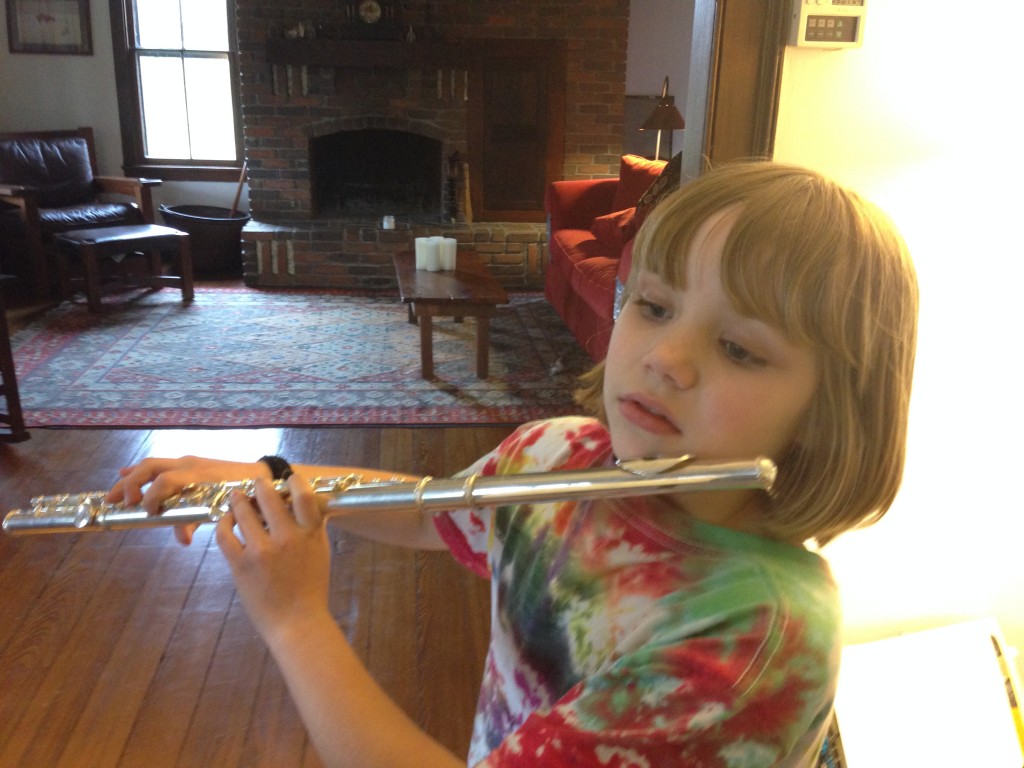