Social media is overflowing with memes for everything, including music. Flute memes appear on my Facebook page nearly every day.

For your enjoyment, I offer a collection of my favorite flute memes.

I can’t decide if I love this one because it shows all the parts of a flute or because I have a love/hate relationship with IKEA. 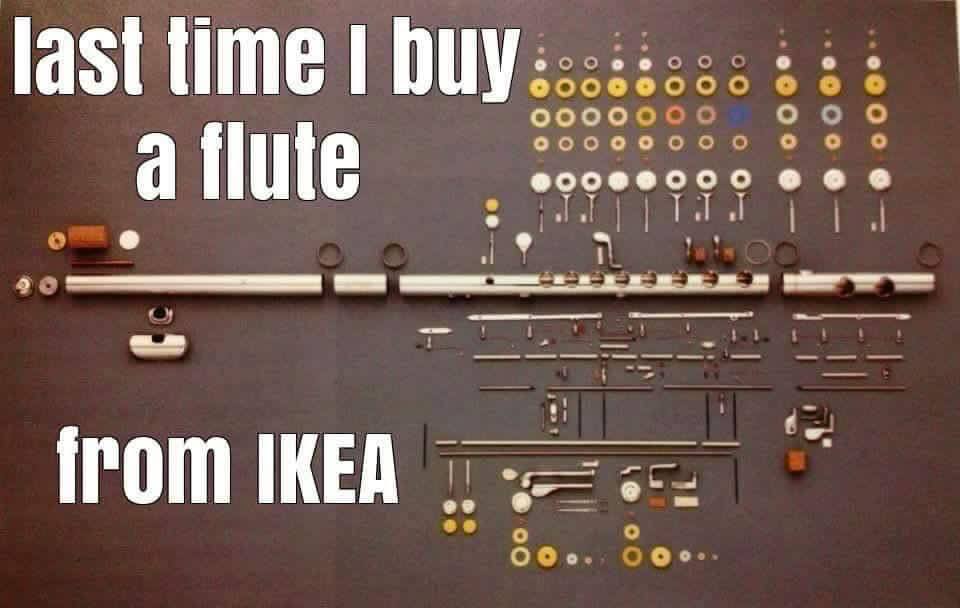 Feeling small before the almighty Bach:

Because the flute is not for the faint of heart:

This is one I found on the subway in Montreal: 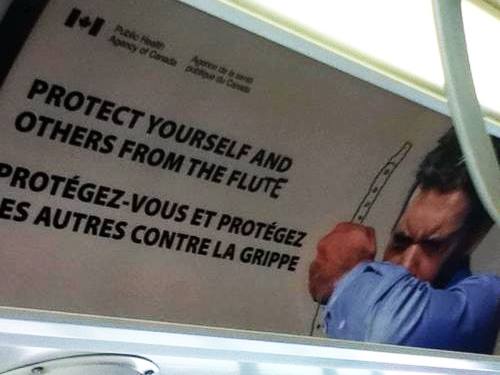 The Donald has inspired a lot of memes, but this one is my favorite: 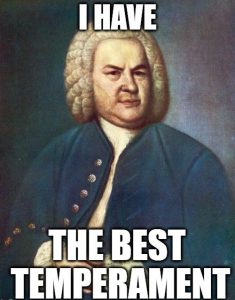 Although not a meme, at least one person has been nearly killed by a flute.

“SERIOUS ACCIDENT AT THE VINTNERS’ HALL. On Tuesday night an accident occurred at the Vintners’-hall, Thames-street, to a gentleman of the name of Ireland, brother of one of the liverymen of the company, which caused great alarm to those who were assembled at dinner on the occasion of the celebration of the Lord Mayor’s-day. He entered the hall a little before 9 o’clock, and took his seat nearly under the orchestra. He had not been there above ten minutes when the flute belonging to one of the musicians dropped from the orchestra on his head. The blood immediately flowed most profusely, and he was for a moment stunned. Mr. May, a surgeon of the neighbourhood, was instantly called in, who found that he had received a slanting wound on the scalp. The wound was dressed, after which Mr. Ireland was conveyed home in a coach. The stewards promptly inquired how the accident originated, when it was ascertained that while the musician was adjusting the leaves of his music-book the flute slipped out of his hand. The man was perfectly sober. It was stated by Mr. May that he did not anticipate any fatal result.”
–unnamed reporter, in The [London] Times, 12 November 1841, page 7

And this one isn’t a flute, but it made me laugh so hard that I have to share it with you.

look closely at the mouthpiece

What are your favorite flute memes?