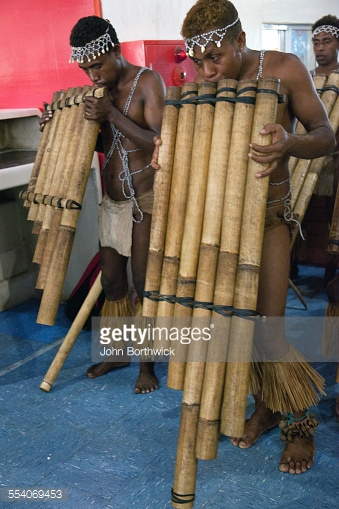 Flute Acoustics: the mystery and the science 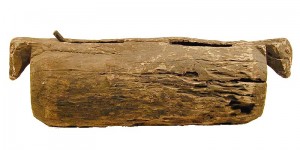 Completely unlike the drum, the flute produces a tone by splitting an airstream on an edge. There are many different kinds of flutes. For example, a recorder is a kind of flute. The recorder produces a sound when air blown through the mouthpiece is directed at the sharp edge of the whistle. Pan pipes are also a kind of flute, because air is blown over the opposite edge of an open tube. Instead of keys, each tube on the panpipe is a different length and creates a different pitch.

On all flutes, vibration is caused by the displacement of the jet of air and the pitch is formed by a resonating pipe. Changes in the pitch are produced by changing the pipe length. That’s the short explanation of flute acoustics. 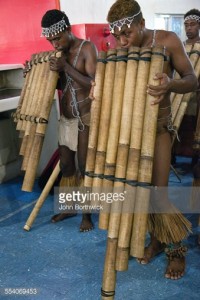 For a more technical explanation of flute acoustics, check out these websites:

General info on acoustic physics of the flute: (also other instruments)

A student recently told me about some online resources for fingerings. (Thanks, James, for the links!)

Another website offers flute fingerings for a variety of flutes, including ones with different footjoints and Baroque flutes:

Opening and closing the tone holes isn’t the only thing that influences pitch. The angle of the air, speed of air, and temperature of the room will have an effect on the pitch. Manufactures have different “scales” they use to determine the size and placement of the tone holes. I am especially interested to know if there is an algorithm that understands the slight differences in a manufacturer’s scale. There are some trill fingerings that are radically different depending on which brand of flute is played. Some flutes will have extra tone holes, such as the C# key and this creates even more fingering possibilities. Because pitch and tone quality are inextricably linked on the flute, the player’s body will have some mysterious effects on the sound coming out of it. But that’s going down another rabbit hole…

Flute acoustics is a fascinating topic, one that is worthy of study. Save these links for a good reference and enjoy a bit of a left-brain workout when learning about the science of acoustics. Now, go practice!